Schools from all around Australia were invited to participate in an initiative aimed to collect recordings from thousands of school-age children to commemorate the 62,000 fallen soldiers of WW1. These recordings were then played in an audio installation at The Australian War Memorial’s WW1 Roll of Honour. A simple solution to what was otherwise a big logistical problem, Grumpy Sailor created a browser-based recording tool which was distributed to schools around Australia through Google Chrome. The emphasis was on a simple site which school children and teachers with varying levels of technical proficiency could access. The project was launched by The Prime Minister of Australia, Tony Abbott, and Google’s Director of Engineering, Alan Noble, on August 4 at The Australian War Memorial. 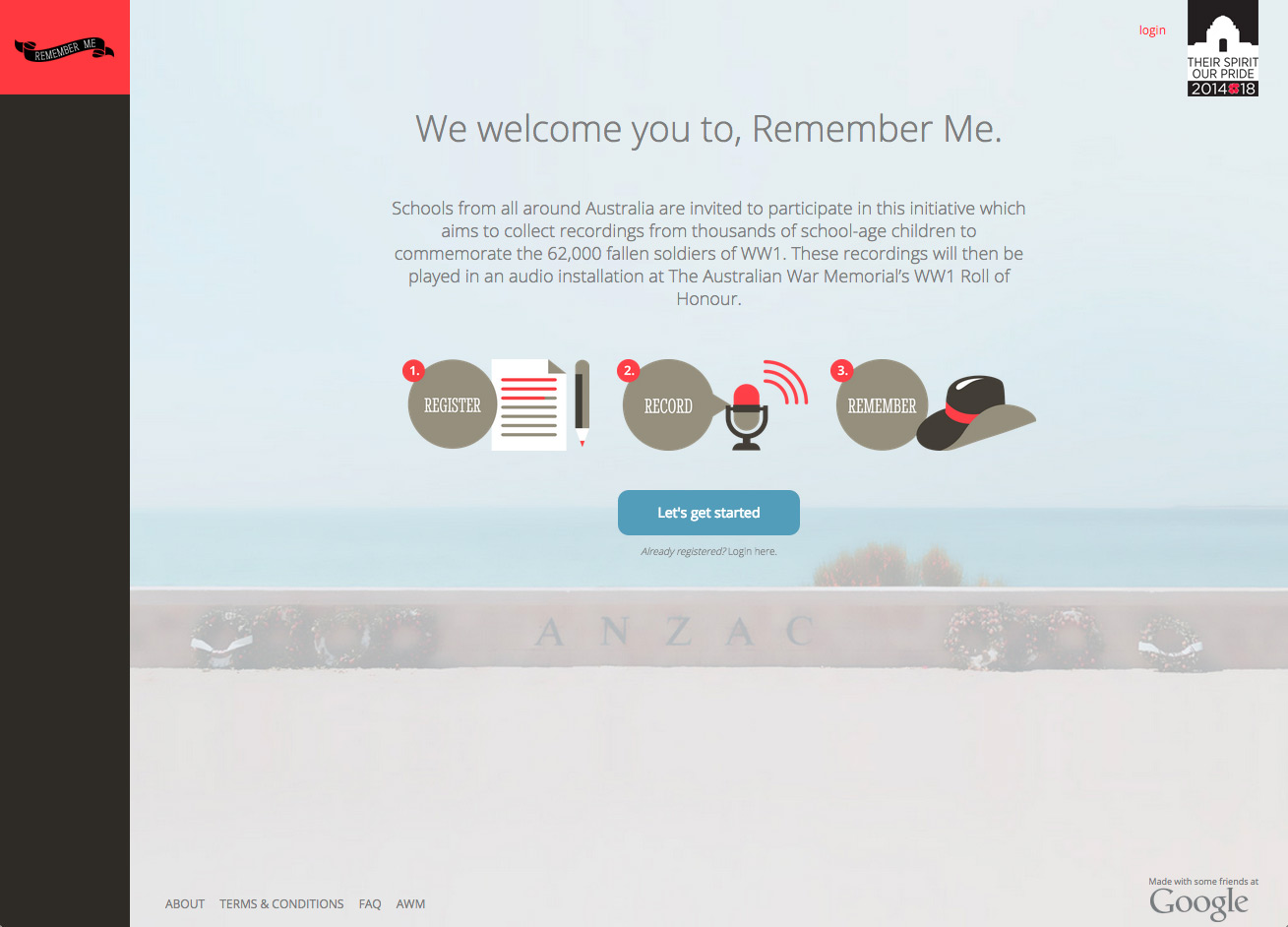 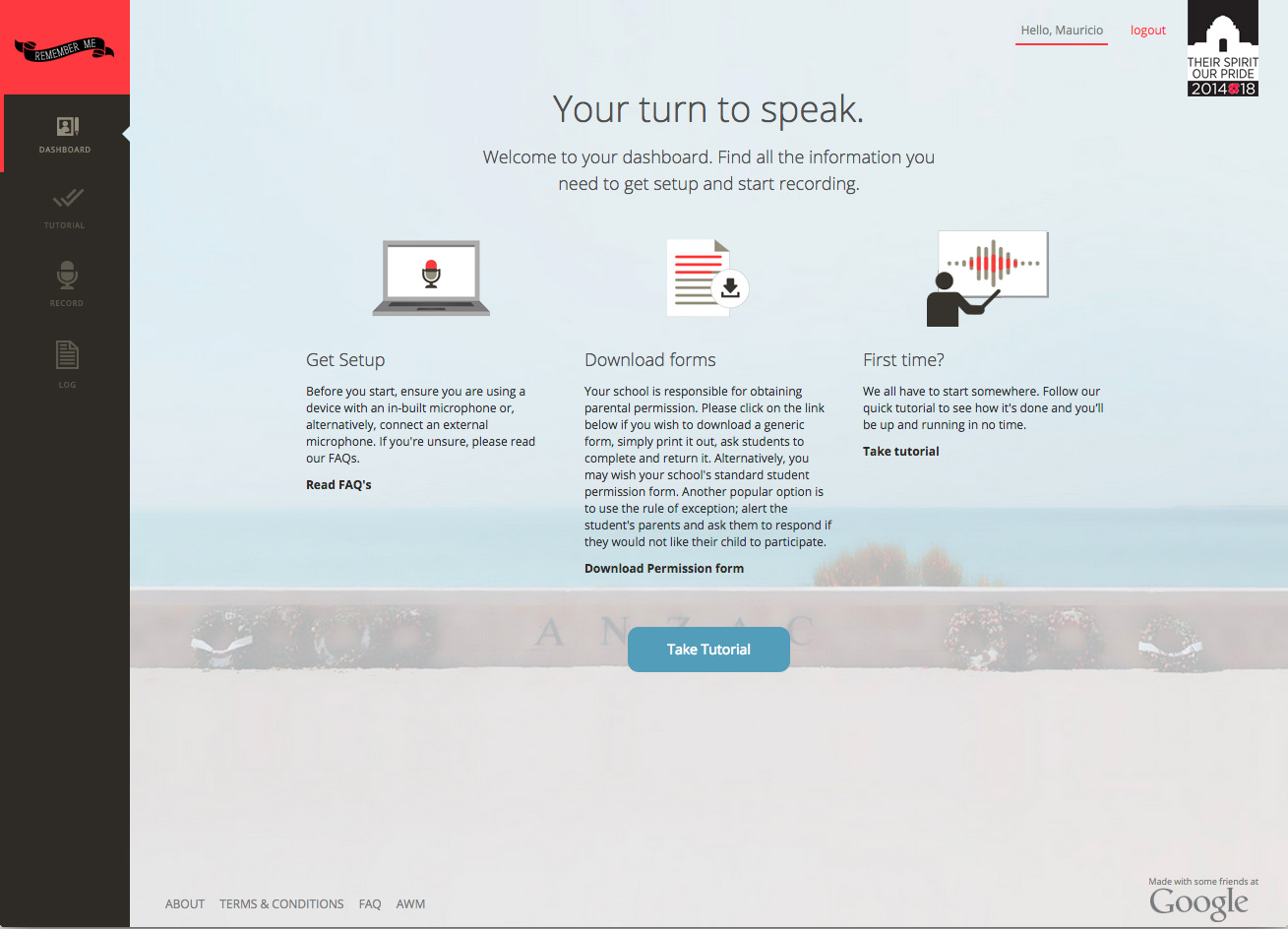 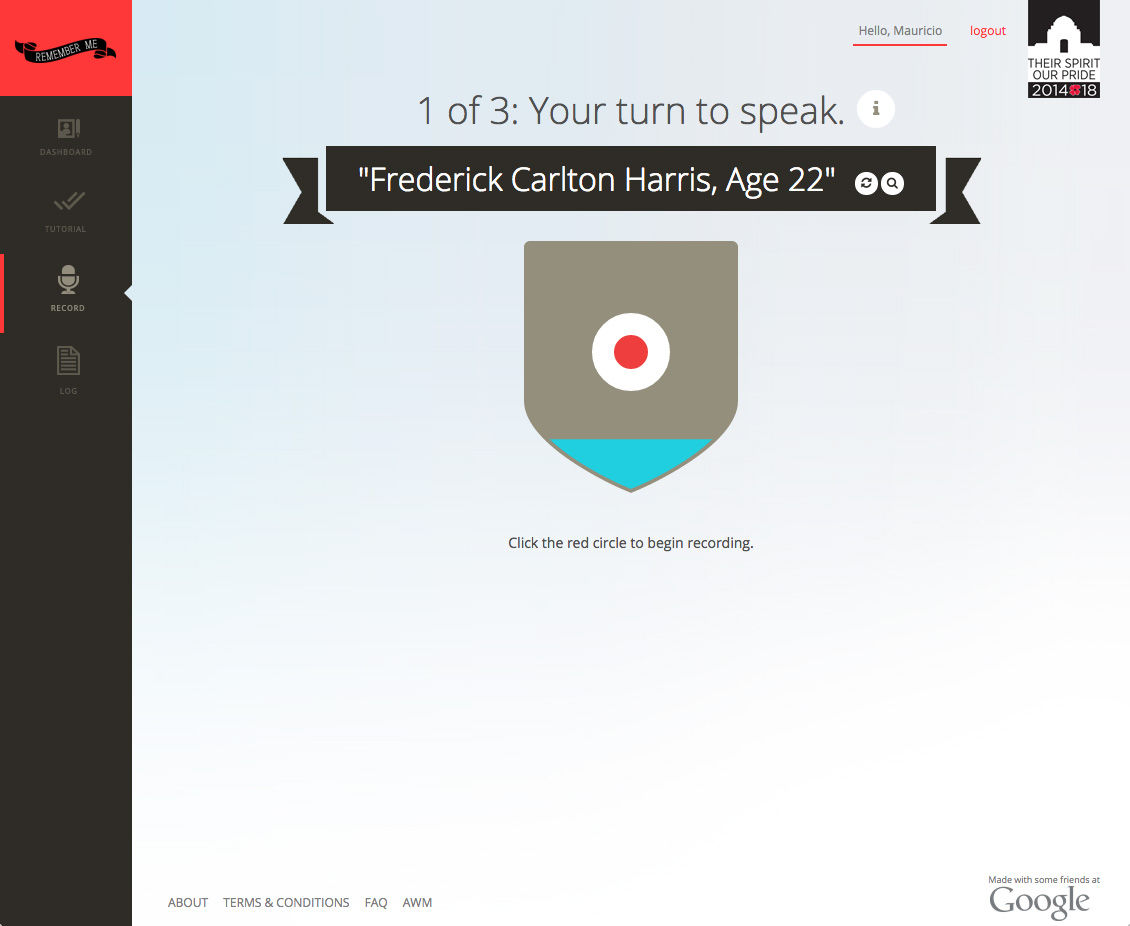